An increasing focus on healthcare and pharma innovation in China, along with a population that exceeds 1.3 billion, makes it an essential region for clinical drug development. This is evidenced by the investment from multinational pharma companies in China. Since 2006, 13 of the top 20 companies have established R&D centres in China.

By incorporating early planning and creating a parallel development pathway between global drug development and China drug development in Phase 2 and Phase 3 there is the potential to decrease time to market in China by up to 5 years.

This presentation will address clinical trial conduct and compliance in China including:

- Operational considerations to conducting a trial in China
- Parallel drug development (global and local) pathways and time saving strategies for China.
- The risks and benefits of China trials
- The synergy of a global and local CRO to optimize best practices in conducting trials

Dr. Pusey has more than 25 years of experience in medicine, international clinical trial management, CRO services and global pharmaceutical sales, marketing and operations roles. As one of PharmaVOICE magazineâ€™s Top 100 Most Inspirational Leaders, James is focused on raising investment funds, orchestrating strategic change, and driving growth. James has a track record in a variety of Global Healthcare Sciences organizations.

From 2009 until 2013 James founded the CRO Theorem Clinical Research as a management buy-out from Omnicare Inc. Jamesâ€™ roles included President & CEO, Executive Chairman, and Board Director. Prior to Theorem from 2007 through 2009 Dr Pusey served as SVP and General Manager of Global Clinical Development at MDS Pharma Services. During his tenure James reorganized and restructured this global clinical CRO. The turnaround led to a 2009 EBITDA profit of $11 million resulting in the successful sale of this business to INC.

Other leadership roles include the President & CEO of Orthologic, Inc., a small public biotechnology company based in Phoenix Arizona, Executive Vice President of the Pfizer/Serono joint venture on Multiple Sclerosis from 2003 through 2005 which successfully took the injectable MS treatment Rebif to #1 in North America, and led the team that funded Oral Cladribine Phase III trials to their NDA submission.

Prior to joining Serono, Dr. Pusey served in a variety of roles at AstraZeneca and SmithKline Beecham, and prior to his business career, Dr. Pusey was a practicing physician in the Royal Free and King George Hospitals, St. Bartholomews Hospital and London/Whittington Hospitals, all based in London, UK. 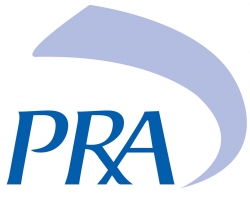