All fields below are required.

Brazil has two operating nuclear reactors at the Angra nuclear power plant, which currently supply around 3% of the country’s electricity, including a significant proportion of demand in the state of Rio de Janeiro, one of Brazil’s largest electricity consumers. However, as the reactors approach the end of their operating licences, Eletronuclear is investing life extension programmes and committed to completing construction of Angra 3, which was first launched in the 1980s.

Gain first-hand insight into the plans, cost and schedule for completion of Angra 3, as well as Electronuclear’s strategy for the long-term operation of Brazil’s oldest reactor, Angra 1. Learn how Brazil plans to manage its spent nuclear fuel with an update on the design and progress of a new dry storage facility being built at the Angra NPP. Brazil’s Nuclear and Energy Research Institute of the Brazilian Nuclear Energy Commission will also share plans for construction of a national research reactor for radioisotope production and nuclear energy research.

Register today for insight from senior executives on how Brazil is developing its nuclear power plants, old and new, to maintain a base-load source of low-carbon electricity generating capacity in the country. 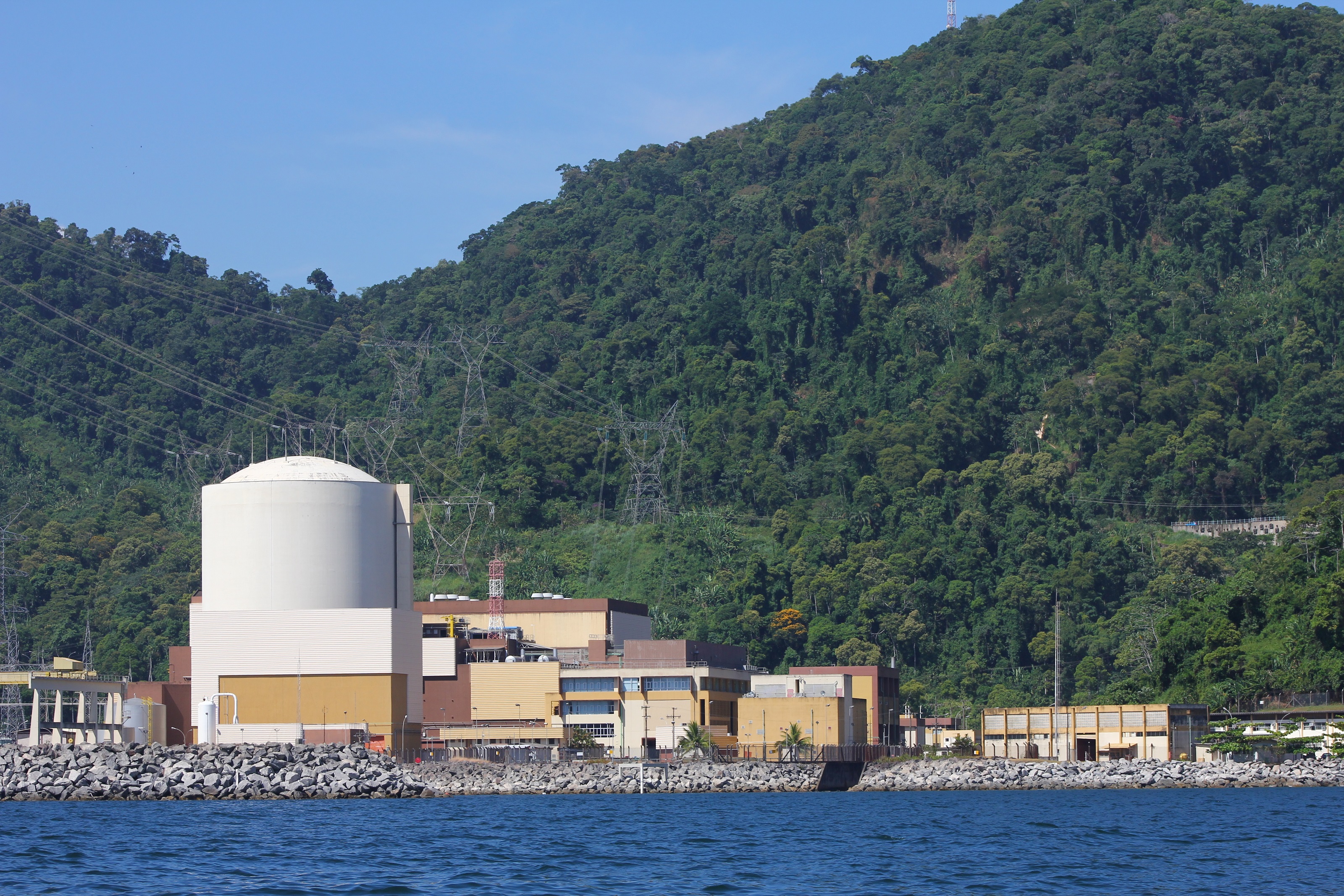 Dr. Guimarães is President of ELETROBRÁS TERMONUCLEAR S.A. – ELETRONUCLEAR. He was born in Rio de Janeiro and is an Honorary Citizen of Angra dos Reis. He has been a member of the Permanent Office of the Director General of the International Atomic Energy Group - IAEA since April 2010. He was Director of Technical-Commercial Amazon Azul SA Defense Technologies - AMAZUL from August 2013 to April 2014 when he moved back as Director of Planning, Management and Environment of Eletronuclear. After completing a BSc in Naval Sciences from the Brazilian Naval Academy, he went on to study Naval Architecture, Marine Engineering, and Ocean Engineering at the Polytechnical School of the University of São Paulo. Following a nuclear engineering position at INSTN – University of Paris XI and a politics and strategy degree at Brazilian Naval War College, Dr. Guimarães earned his PhD in Ocean Engineering from the Polytechnical School at the University of São Paulo in 1999. He is a former coordinator of the Brazilian Navy Nuclear Propulsion Program and a Professor of Management and Engineering at the Armando Álvares Penteado Foundation and Polytechnical School, University of São Paulo.

Dr. Guimarães has 20 years of experience in research, development, engineering, procurement and construction of naval and nuclear systems, and is a certified project management professional. In addition, he is author of several books and papers on engineering and management and member of the board of the Technological Research Institute and Engineering Institute of Sao Paulo State.

Coordinator of the technical directorate, Eletronuclear

Mr Amaral has been the coordinator of the technical directorate since January 2018, for Eletronuclear’s main projects for Angra 1 and 2 NPPs including the life extension and power uprate. Presently he is the Manager of Angra 1 Long Term Operation and License Renewal Program. Between 2015 and 2018 he held the position of Technical Advisor to the CEO of Eletronuclear, as well as serving as the General Manager for Angra 3 new construction project. Prior to that he was the Site Engineering General Manager between 2003 and 2015.

Lucio Ferrari has more than 38 years working in nuclear design activities. Expert in structural analysis of civil structures and mechanical components, he participated in the stress analysis of Angra 2 Reactor Pressure Vessel, dimensioning of Angra 3 civil structures, and evaluations of Angra 1 equipment for operational loads. Since October 2009, he is Head of the Eletronuclear Design Engineering Superintendence, responsible for the Angra 3 design engineering activities and for the implementatio

Civil Engineer, MSc. in Nuclear Engineering, DSc. in Nuclear Technology; 42 years working in the nuclear area. Dr. Perrotta has participated in the main projects of the Brazilian Nuclear Energy Commission (CNEN) in the areas of nuclear fuel engineering and reactor engineering. He held key technical management positions along with his career at the Energy and Nuclear Research Institute (IPEN) as head of the Nuclear Engineering Center, head of Fuel Cell and Hydrogen Center, Director of the Directorate for Special Projects, and member of IPEN´s High Council. From 2011 to 2012 was Director of the R&D Directorate of CNEN, which is responsible for all CNEN´s research institutes. He worked as a specialist at the Research Reactor Safety Section of the International Atomic Energy Agency (IAEA) and as Technical Support Officer of the Brazilian-Argentine Safeguard Agency (ABACC). He was the Brazilian representative at the International Working Group of Fuel Performance and Technology and nowadays at the Technical Working Group for Research Reactors, both IAEA technical groups. Presently is the Technical Coordinator for the implementation of the Brazilian Multipurpose Research Reactor Project (RMB), a new CNEN center for nuclear energy technology development and utilization.